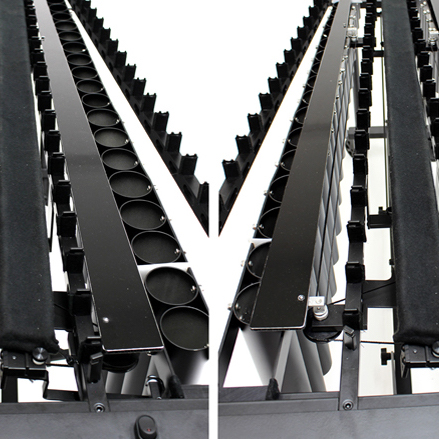 We listen, we learn, we change.

Since its invention in 1916, the vibraphone hasn’t evolved much — until recently. In 2005, Malletech began development of LHS’s concept of “real time, manual vibrato control”* and progressive dampening. After introduction of the original LoveVibe in 2009, we began work on a gig-friendly, 21st century frame and an advanced form of motorized vibrato. We eliminated all the recurring nightmares and gave vibe players their dream instrument. It is no longer fair to ask, “How do Malletech vibraphones sound?” because our patented tunable resonators and infinitely adjustable dampening allow you to radically customize the sound and response of your vibe to your musical style.

LEARN MORE ABOUT OUR TECHNOLOGY