The only keyboard percussion manufacturer owned
& operated by a concertizing marimbist. 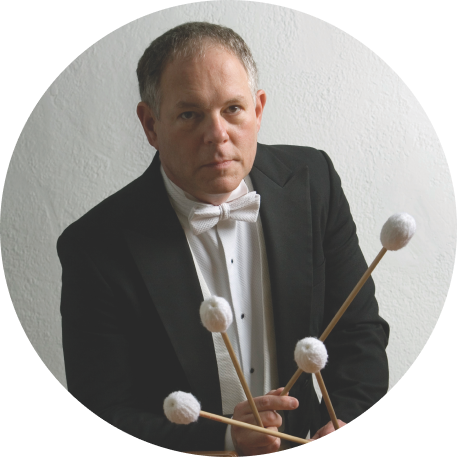 Most percussionists know Leigh Howard Stevens as the marimbist Time Magazine hailed as “the world’s greatest classical marimbist,” the author of the most widely used book on the subject of four-mallet technique and as a concert artist, educator and recording artist.  Not as many know that he is the founder of Malletech and that he has recently received his tenth U.S. Patent for keyboard percussion design.  Leigh is actively involved with the company, and using input from the artists who perform on Malletech, he designs all the products.

Malletech is not only the most creative keyboard percussion instrument manufacturer in the world, it is the only one owned and operated by a concertizing marimbist. This simple fact is fundamental to our success. Using input from other world renowned artists who perform on Malletech, Leigh oversees Malletech’s engineering staff and manages every detail of the design of the products. That not only makes us different, it makes us Malletech. 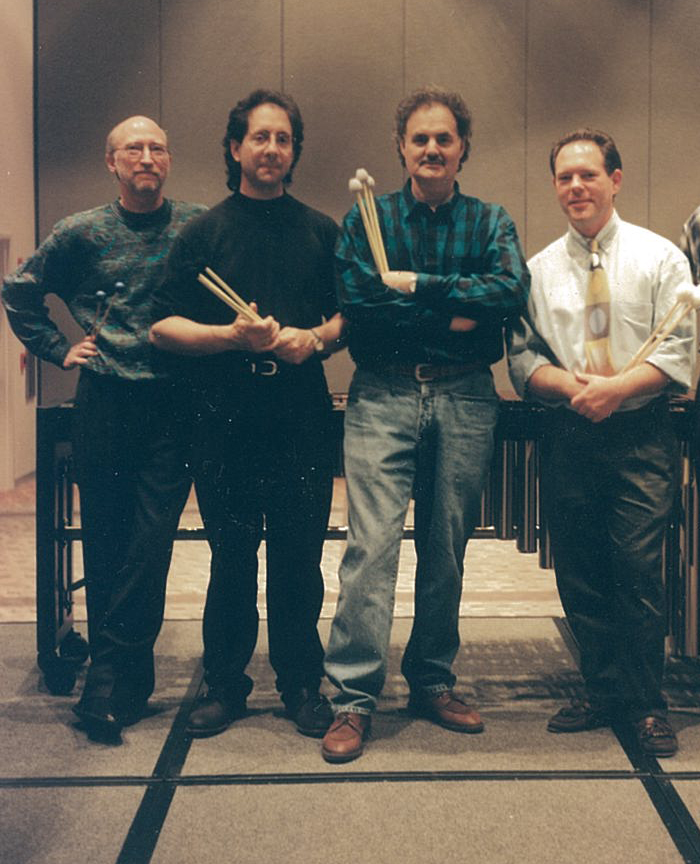 After hearing Leigh Howard Stevens’ recital at the first International Percussive Arts Society Convention in 1976, Leigh was invited to produce Vic Firth’s first “Signature” line of products: The LHS solo marimba mallet line. This design of these mallets was very different from any keyboard mallets that had been manufactured previously. The handles were extended length birch, (rather than short rattan, fiberglass or nylon) the wrapping was loose, rather than tight, the heads were only stitched at the very top and bottom (no “reinforcement stitches” near the playing surface), and the tone of each model had a range of sounds, (multi- timbreal ) rather than only one. In 1982, Leigh parted ways with Vic and took over the manufacturing of his marimba mallets.  Three of the greatest mallet players in the world (Bob Becker, David Friedman and Dave Samuels) joined the effort to establish the first brand of mallets devoted to serious keyboard percussion players; Malletech was born.

The Malletech line of mallets was conceived in New York City in 1982 and began as part of Leigh Howard Stevens’ publishing company, Marimba Productions Inc. (MPI), publishing under the “Keyboard Percussion Publications” imprint. MPI was started three years earlier because Leigh couldn’t find a publisher for his book, Method of Movement for Marimba.  There is an ironic ending to that part of the story, since Leigh now owns one of the companies that rejected his manuscript. In addition to the artist lines mentioned above, Malletech Mallets introduced the first “poly-wrapped” mallet line, the Concerto Series.  That yarn (originally made for truck tire reinforcement!), was revolutionary in its ability to resist fraying. We occasionally see mid-1980s vintage Concerto Series mallets, still tapping and rolling. Also introduced were four “Orchestra Series” xylo and bell models, designed by Scott Stevens, then Principal Percussionist with the Metropolitan Opera and “another guy” . . . soon to be Principal Percussion of the New York Philharmonic . . . 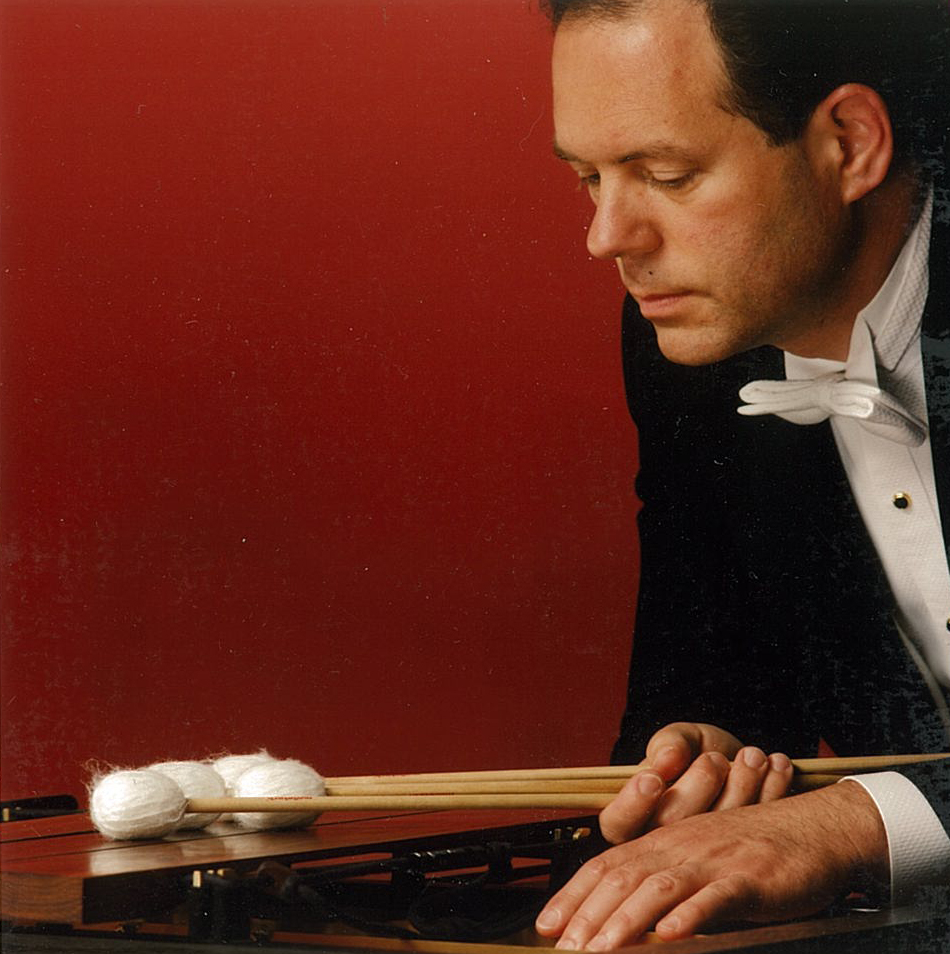 In the late 1970s through the early 1980s, many customers were telling Musser that they had “lost their mojo” (or whatever the term was at the time), and that their instruments just didn’t sound as good as “the good ol’ days.” Leigh had played a Musser M250 “low-A” marimba since high school and was one of the most vocal complainers – particularly about the tuning of the resonators. Eventually the management of Selmer/Ludwig/Musser said something like, “OK smarty pants – let’s see if you can fix it.”  So in the early 1980s Leigh was hired as an acoustic consultant for Musser. During his frequent visits to the Musser factory, then located in LaGrange Illinois, he stayed at the home of William Ludwig Jr. and was “chauffeured” to work every morning by that famous icon of the musical instrument industry. Over a period of years, Leigh improved the tuning systems of the bars and resonators of many of the models of marimbas, vibes and xylophones. During this time period, Kori and Yamaha were beginning to make inroads into Musser’s dominance of the marimba market with 4.5 (low F) range marimbas.  Selmer management asked Leigh to design an instrument to compete with them, and the result, was the M450 LHS “Plus One” 4.6 (low E) range marimba.

Leigh’s design was the first commercially available marimba made with a furniture-grade all-wooden frame (rock maple), which replaced the fake “leatherette”-wrapped frame components that were standard on even the most expensive instruments of the day.  (Amazingly, some manufacturers still use vinyl-wrapped frame components because of the low cost.)  It was also the first with an integrated patented height adjustment and tunable resonators (well, the tunable resonators had not been seen for a few years (1916!) – but that’s a story for another time and place).  This instrument soon became the flagship of the Musser line and is still manufactured today as the 4.6 range M450 and the 5.0 range M500. In the late 1980’s and early 1990’s the LHS “Plus One” became the best-selling extended-range concert marimba in the world. Not least among the important features was the “plus one” aspect.  Nobody knows why Kori, Yamaha and others stopped with F (bean counters?), since going one more note opened a huge repertoire of guitar literature. One of the first works to be written for LHS and that instrument was Joseph Schwantner’s Velocities.

By 1990, Selmer/Ludwig/Musser had gone through several changes in management and despite the success of his first instrument design, Leigh’s consultation agreement was not renewed.  He performed his last official concert as a Musser endorser at the 1990 PASIC in Philadelphia, PA and began planning how he could bring his instrument designs to market, without America’s largest musical instrument manufacturer as his employer.

After a series of leaky factory roofs in Asbury Park, along the New Jersey shore line, Malletech leased a property in neighboring Neptune New Jersey, a little further from the beach.  When the landlord was arrested for bank fraud (how do you explain to the FBI that you didn’t know that the $25,000,000 check you passed to the drive-thru teller was written against a closed account?  Everybody makes mistakes…), all his properties were auctioned off by the bankruptcy court. Malletech is now in an 18,500 square foot building, which it shares with Marimba Productions. 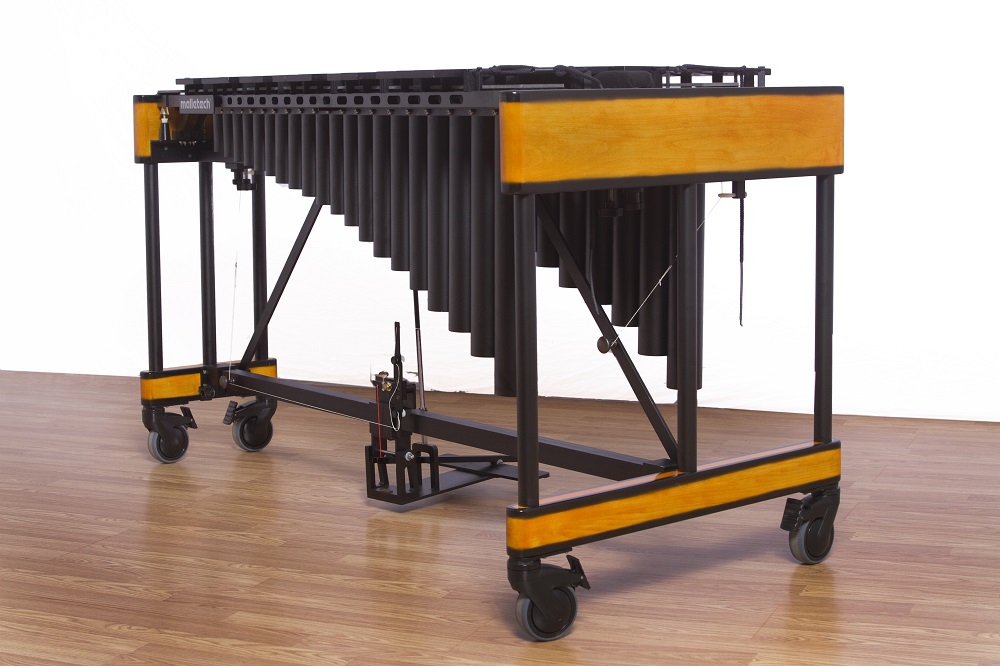 After many years of “mental design” and planning, Leigh’s then father-in-law, Roger Clerc, began helping him bring his concept of “real time vibrato control” and several other patentable features to life.  The LoveVibe, shown as a prototype at the 2008 PASIC, was ready for prime time a year later. Malletech was suddenly at the forefront of vibraphone design, but the jazz vibes players found the instrument too heavy and bulky for gigging.

With the encouragement of Tony Miceli, Joe Locke, and other jazz greats, Malletech began the quest to design a solid, silent, lightweight vibe, incorporating some of the musical and structural advantages of the LoveVibe.  The Malletech OmegaVibe was introduced in 2014 and now, a few short years later, most of the top vibes players on the DownBeat poll are Malletech endorsers.

Many companies in the past had approached Fred Albright’s surviving family to acquire the designs and rights to make the mallets heard on so many of the historic recordings of the Modern Jazz Quartet and used by so many other famous jazz vibes artists.  These designs had a cult following since the 1950s and the family rightly resisted signing over the “family jewels” with companies whose heart and motives were not musically pure. With the help of Stefon Harris (one of the artists for whom Sue Bridwell, grand-daughter of Fred, would make “personal” mallets), Leigh travelled to Idaho and personally trained with Sue on the winding, stitching and material choices, before coming home with an agreement.  Stefon Harris and Warren Wolf are the first two artists to have their names on Albright models. 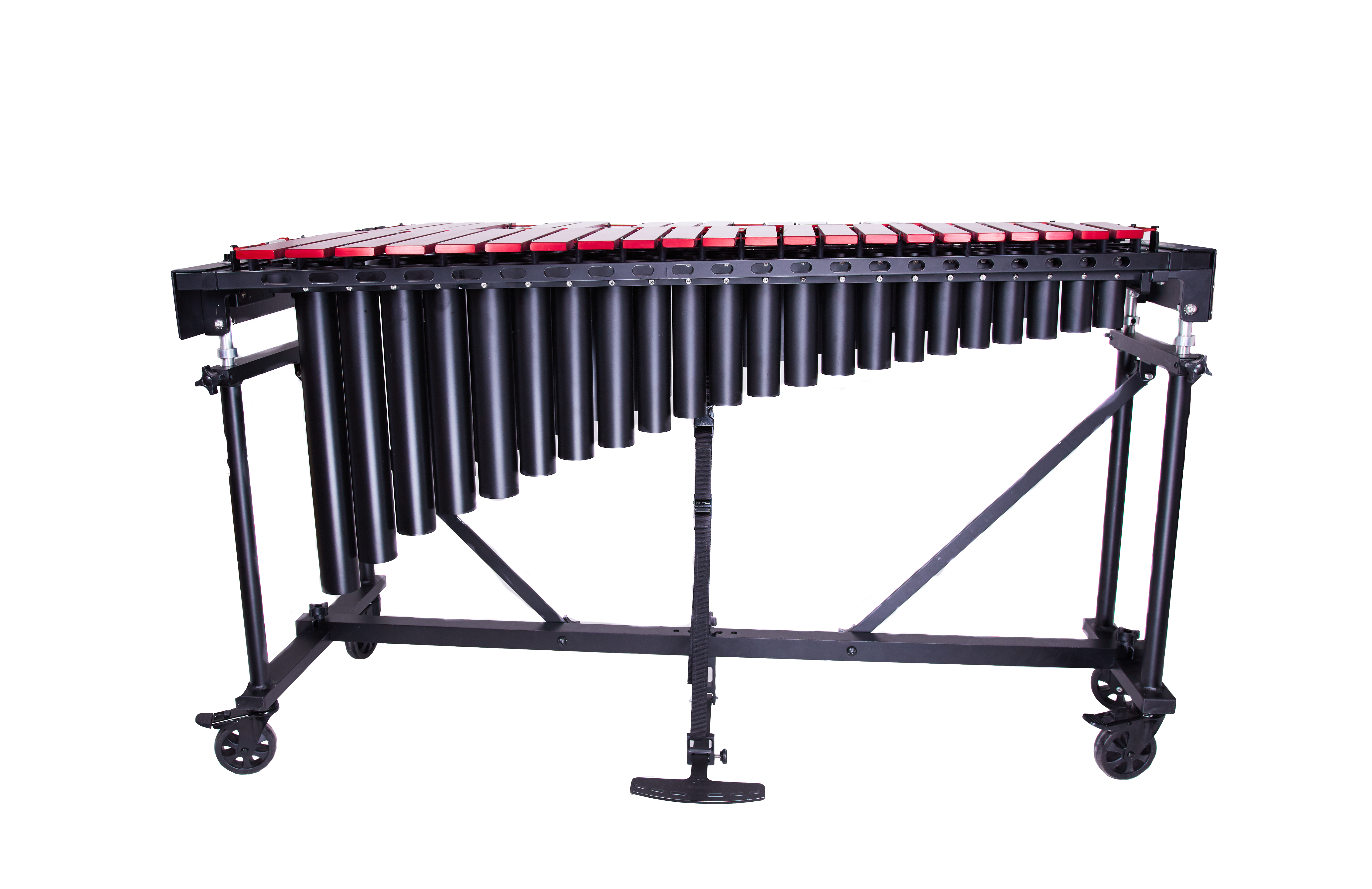 The marimba is now a fundamental part of the percussion curriculum in every degree-granting collegiate music program around the world. Marimba repertoire has grown from a handful of works in the 1960s, to thousands. The instrument appears to be omnipresent in film and TV music scores and is commonly found on stage in the back of symphony orchestra whenever new works for orchestra are performed. Winter Guard International (“WGI”) now boasts of having thousands of percussion ensembles performing in high schools all over American, each with up to 4 marimbas in the front percussion section. No longer a “novelty” instrument, it is firmly established in the musical cultures of America, Europe and Asia.

Located one hour from New York City, Malletech is close to one of the great music centers of the world.  There is a constant flow of great jazz and classical artists visiting our facility, giving us input and product ideas and pushing us to improve and innovate.  Since the introduction of our first LoveVibe, we have improved the alloy, temper and geometry of our vibe bars five times. When a new Omega or LoveVibe is shipped from our factory to a musician, it incorporates almost twenty improvements over the original 2014 model we produced.  While many of our competitors continue to manufacture the same exact design as 20, 30 and 40 years ago, our goal is continuous improvement. While we confess that we don’t make “perfect” musical instruments, many pros assert that we make the best in each category.