Heather Thorn resides in Orlando, Florida where she works as a freelance percussionist and performs with her band Vivacity, which features her on the xylophone. She has a private studio of more than 45 percussion students and works regularly as a clinician and guest artist in many schools and universities. Heather performs with the Walt Disney Orchestra and the Orlando Philharmonic Orchestra, at Sea World’s Christmas Celebration where she leads a jazz quartet, and with Michael Andrew and Swingerhead. She also presents frequent shows at the Timucua Arts White House and Blue Bamboo Center for the Arts, including her Nostalgia Radio Hour stage show.

Heather holds a Bachelor’s Degree in Music Performance with a Minor in Theatre from Ithaca College. She was a member of the PAS 50th Anniversary Marimba Orchestra under the baton of Gordon Stout. Heather has performed with the Asheville and Fayetteville Symphonies and has appeared as a soloist with several university percussion ensembles, and she was a proud member of Gordon Stout’s Marimba Band for two years. Her teachers include Gordon Stout, Bob Becker and Byron Hedgepeth.

Heather has a passionate interest in the history of xylophone and worked with Bill Cahn to digitize and preserve nearly 1500 recordings of xylophone and percussion music from 1898-1929. The project was completed in 2015. 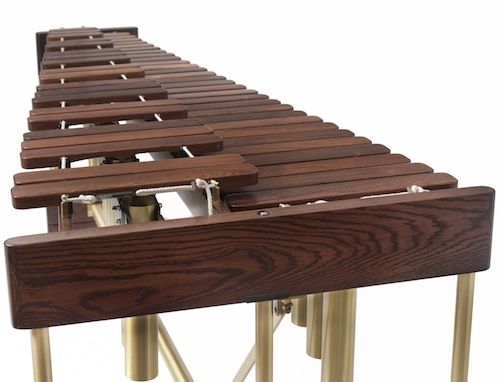