MEDIA / LESSONS / What is a Xylorimba? 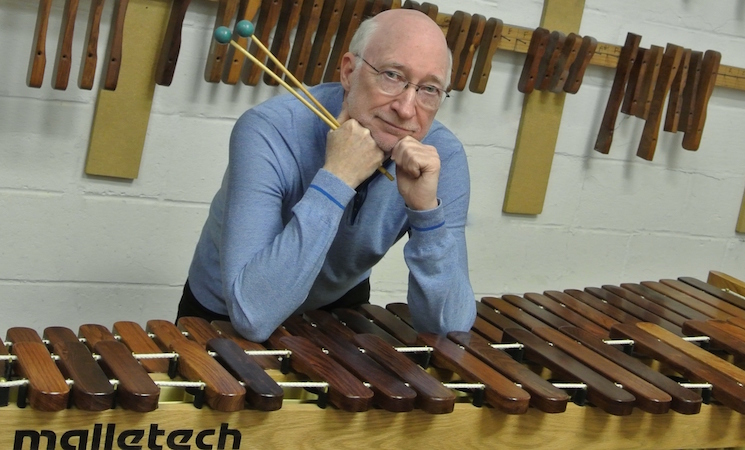 (Are the overtones tuned differently in various ranges of its keyboard?)

The term ‘xylorimba’ clearly refers to some kind of hybrid instrument, but it depends on who is using the term, and when. Even the word itself is a composite: xylo is the common Greek root meaning ‘wood’; and rimba is an arbitrary clipping of the word ‘marimba’, which itself comes from an African (Bantu) root meaning ‘tongues’. Xylorimba is indicated in music by various European composers (for example, Messiaen and Boulez), but in the scores there is no information given regarding overtone tuning. In a number of works (Couleurs de la cité céleste, for example), Olivier Messiaen calls for a xylophone, a marimbaanda xylorimba, suggesting that he had a very specific type of instrument in mind. In some scores (Des canyon aux étoiles, for example) Messiaen gives specific ranges, varying from 4 to 4.5 to 5 octaves, as well as the clarification that in his notation the xylorimbasounds as written. On the other hand, Pierre Boulez writes for the xylorimba in Le Marteau sansmaître as a transposing instrument (“f to f écrit” is shown as sounding one octave higher). In Pli selon pli Boulez even calls for two 5.0 octave xylorimbas, also written as sounding one octave higher than written. Both composers indicate C8 as the top note on a xylorimba (the same highest sounding note on a standard xylophone). The lowest pitch for the 5.0 octave xylorimba in these scores is C3, sounding one octave below middle C.

Both the Premier company in England, and Bergerault in France have marketed instruments called xylorimbas, described in catalogues as having a 5.0 octave range (C3 to C8); however, I have not tested the overtone tuning on either of these models myself. For a number of years Premier manufactured a 4.0 octave C4 to C8 ‘xylophone’, an instrument that was tuned throughout its range the same as their marimbas – with the second partial two octaves above the fundamental. I know because I played on this model during tours of the UK in the 1980s. Some of the old Deagan catalogues list, and picture, instruments called xylorimbas – the 730 series. Although the catalogues give no information about overtone tuning, the examples I have seen and tested were tuned like standard marimbas. The Deagan 730 xylorimbas had a relatively small 3.0 octave range: C4 to C7, or F4 to F7, and were marketed on low-standing frames, as if they were meant to be played from a seated position (possibly to be used by pit drummers in the multi-instrument ‘trap’ setups popular during the 1920s and 30s). The Leedy Company in the United States produced 5.0 octave instruments that were called xylorimbas. I have seen and played only one example of these, and the overtone tuning appeared to be usual marimba style (second partial two octaves above the fundamental) throughout the range. I personally have never encountered an instrument with two different overtone tunings on the same keyboard; although Claire Omar Musser is quoted in a 1932 magazine article as claiming that the instrument called a ‘marimba-xylophone’ is tuned with the second partial two octaves above the fundamental in the low range, and quint-tuned in the upper range. ‘Quint’ tuning is a method of placing the first overtone (i.e., the second partial) of a bar an octave and a fifth above the fundamental.

I have seen several Deagan instruments labelled with the word ‘marimba-xylophone’ – the 4700 series, for example – in fact I own one of them (a #4726). In my experience the overtones on these instruments invariably have been tuned exactly the same throughout the range. My instrument is 4.5 octaves: C3 to F7, and is tuned with the usual marimba overtones (second partial two octaves above the fundamental). According to the original Deagan catalogue the largest instrument in the marimba-xylophone series, model #4732, was six octaves: E2 – E8; however, it is unknown to me whether Deagan ever built one of them. I think the term marimba-xylophone refers to the upward extension of what is considered to be the highest octave of a standard marimba, although that’s all it is – terminology. Hal Trommer, who worked for Deagan for many years, has said the reverse: marimba-xylophones are really xylophones extended downward into the standard marimba range. For the earliest examples from before the 1920s, that would be equally true, because none of Deagan’s instruments from that time were overtone-tuned at all. They tuned only the fundamental and just left the overtones alone. It’s immediately audible on any old (pre-1920s) Deagan marimbas and xylophones that haven’t been retuned. For Deagan xylorimbas and marimba-xylophones produced before 1927, then, the question of multiple overtone tunings on the same keyboard is moot – no overtones were tuned.

Just as manufacturers, over the last several decades, decided to extend the standard marimba range downward, they also could extend the range upward without redefining what a marimba is. The same goes either way for xylophones – for example, the Deagan Artists’ Special xylophone #268 was five octaves in range: C3 to C8 (interestingly, the same sounding range as European xylorimbas). I also own a #268, but my instrument was retuned, using quint overtone tuning, at the Deagan factory sometime after 1940. Since I don’t know the year of manufacture for this particluar xylophone, I can’t be sure if the overtones were tuned originally and, if they were, in what way. The Deagan company introduced second partial tuning on their keyboard instruments in 1927, and J.C. Deagan himself declared that quint-tuning (his terminology) would be applied only to xylophones; however, there was no universal agreement about it being something that defined xylophone-ness. To this day, both overtone tuning and keyboard range are parameters determined entirely at the discretion of manufacturers, with a few companies offering various options to customers.

The only defining feature of the xylophone vis-á-vis the marimba, as far as composers and conductors are concerned, is transposition: the xylophone sounds one octave higher than written; the marimba sounds the written pitch. Performers have always been free to play either type of instrument with any kind of mallet they like – there’s no law against playing xylophones with yarn mallets or marimbas with rubber mallets. Even now it is common in Europe to find instruments marketed as ‘xylophones’ that are tuned like marimbas, have no resonators, and have keyboards configured like vibraphones. As long as it is made out of wood and is played as a transposing instrument, it counts as a xylophone. By this definition, Messiaen’s version of a xylorimba is really a marimba, because it’s made of wood and sounds as written; and Boulez’s version of a xylorimba is really a xylophone, as it’s defined as a transposing instrument. In fact, however, both composers are writing for thesameinstrument: Messiaen is consistent about showing the sounding pitch of the instrument (whether xylorimba, xylophone or marimba) by using numerous 8va and 16ma indications in his notation; Boulez writes for xylorimba (as well as xylophone) as a transposing instrument, defined in his scores as sounding one octave higher than written. Of course neither composer mentions overtone tuning one way or the other.