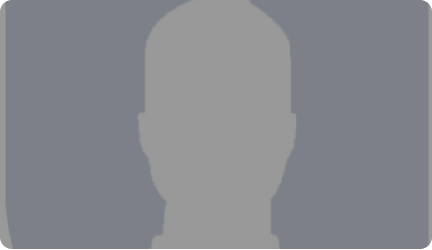 Taste, tone, ticks, handle types: The research and development of the Orchestra Series

Before MALLETECH(tm) entered the already over-supplied market of unwrapped mallets for xylophone and bells, we wanted to take a closer look at what was already available, test new materials, and see if there was really a need for more unwrapped mallets. Some startling discoveries were made in our listening and playing tests which we hope you will find interesting and educational.

It will come as no surprise to most experienced players that sight, feel, and distance from the instrument have a definitive effect on percieved sound. Professional orchestral players in our tests often changed their former opinion of a mallet when they were put in the position of the audience and were not able to see what mallet was being used. An important point: The players performing on stage had many opinions as to which mallets they liked the best for selected excerpts, but those wide-ranging opinions narrowed to a consensus when the same players were put in the audience and had to rely only on their ears. As a result of these “blindfold” listening tests, all the materials and sizes of the mallets in the MALLETECH(tm) Orchestra Series were selected on the basis of sound at a distance, with the player’s subjective impression of the “feel” of the mallet as a secondary consideration.

The first real surprise in our tests was that most commercially available mallets were judged by professional orchestral players as having little application to the orchestral literature. In other words, the great bulk of models might be useful for special effects in percussion ensemble or multiple percussion literature, but would be perceived by conductors and professional percussionists as inappropriate for the major mallet parts of the orchestral and wind ensemble literature. The main complaint about the sound of these mallets (other than “too soft”), was that the “tick” associated with the attack was either too prominent, or too far removed from the actual pitch played.

In addition to the above listening tests that were conducted on commercially available mallets, MALLETECH(tm) tested fifty new configurations of ball maeterial, weight, size and handle type. Only a few of these mallets were consistently judged from the audience as having general application to the major orchestral parts of the late nineteenth and early twentieth centuries. The configurations that were most frequently chosen by professional orchestral percussionists are now the four balls in the Orchestra Series and the two hardest balls of the Natural Rubber Series.

More startling were the results of our handle tests. It seems clear that under certain narrow conditions, the handle influences the tone of an unwrapped mallet. Any differences between birch and rattan handles were inaudible when using a wrapped mallet. However, there is bad news for both confirmed rattan and birch users in the orchestra and wind ensemble. Most noticeable was the fact that in exposed bell solos, a birch handle added a bit of audible noise to the attack — the longer the handle, the more prominent the noise. This “thunk”, as it was most often described, would probably not be audible in tutti passages, but was consistently identified without looking when the bell tones were exposed. It was also found that a thick, heavy rattan handle added some unpleasant noise to a bell attack.

The last finding of our listening tests was perplexing, and will probably not help anyone decide which handle type to buy, but we pass it along anyway. On xylophone, rattan handles were consistently picked for their superior sound qualities at low volume levels, and birch handles were picked for the same reasons at high volume levels!

We think it is safe to say that after such a thorough process of testing and elimination, the MALLETECH(tm) Orchestra Series and the two hardest mallets in the Natural Rubber Series represent the most likely sounds to reach for when performing orchestral and band xylophone and bells. We hope that you can use the information above, and the repertoire suggestions in the individual model descriptions to make educated, musical choices.